The Finnoscore reveals what this newcomer can do and how it stacks up against the competition.

Today we want to use the Finnoscore to take a closer look at one of the most exciting newcomers in the neobanking sector:

Two established Swiss players, the tradition-steeped Postfinance and the innovative Swissquote haven’t announced technical innovations for the long term, as is usual in the D.A.CH. region, but have put their money where their mouth is. After a 7-month development period, on 11 May 2021 they launched Yuh, a financial app that can already compete with established neobanks in a number of key aspects. Yuh offers paying, saving and investing from a single source and has opted for a low-to-no-fee strategy.

The Yuh app has just come onto the market. It is actually still an MVP (Minimum Viable Product), but for all that, it’s already quite complete. According to the app, it has already attracted 10,000 customers in its first few weeks. What’s the reason behind the success of Yuh? The Finnoscore gives us answers to that: 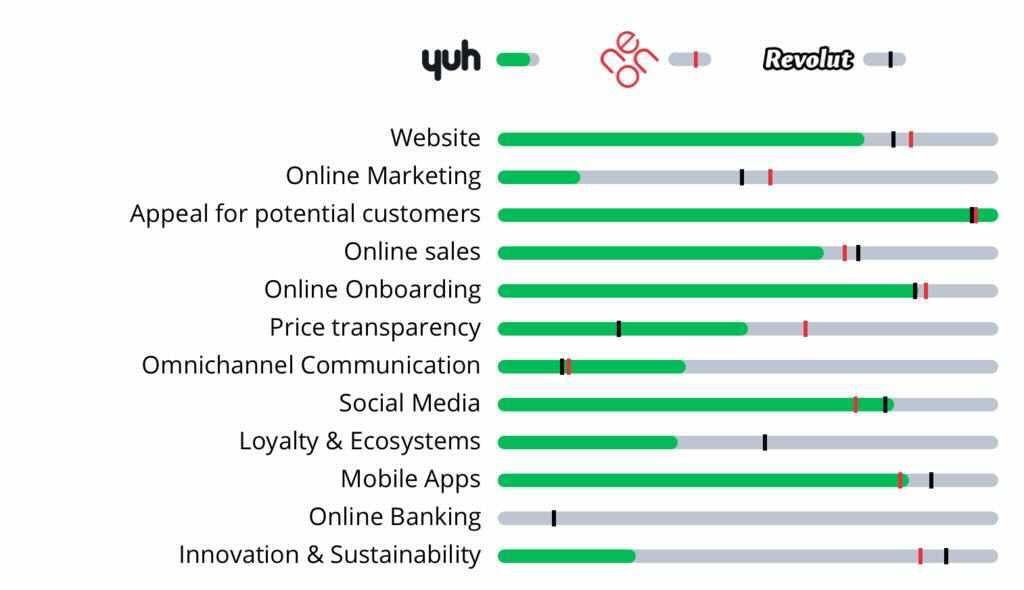 The focus is on acquiring new customers, and it’s convincing:

As an app, Yuh offers a number of attractive features:

Yuh already has smart mechanisms for customer loyalty and engagement:

Onboarding works (as with Revolut and Neon) without video identification:

Of course, there’s room for improvement:

Don't want to be overtaken by newcomers like Yuh?

The Finnoscore shows you where your strengths and weaknesses lie and helps you stay ahead of the competition with quick wins and longer-term strategies. Get in touch with us.

Thanks to our competence and experience, we are the right partner to support you on the path into the future. Together we will find the best solution for your bank and your customers.

Iulia Bantoiu
Iulia Bantoiu is a Senior Innovation Consultant at Finnoconsult. With more than 13 years of experience in the banking sector, she supports our customers in agile projects as a product owner. 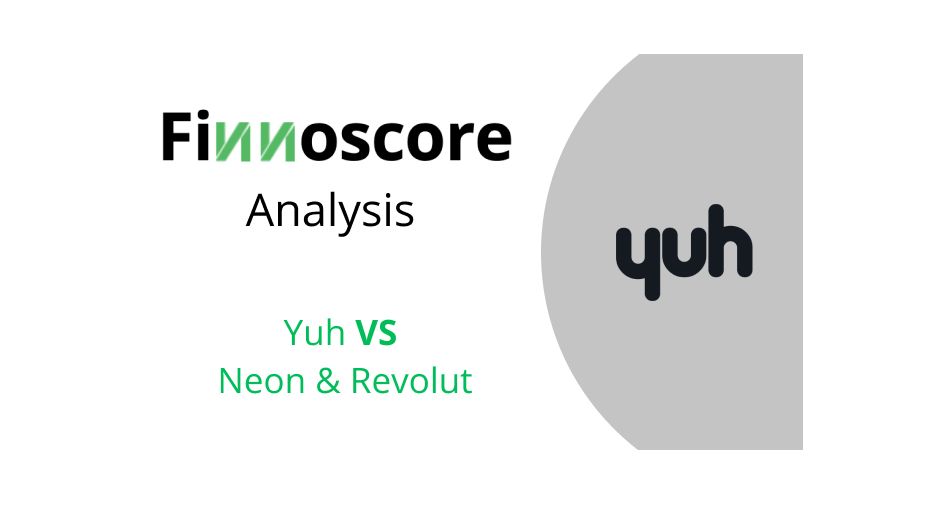 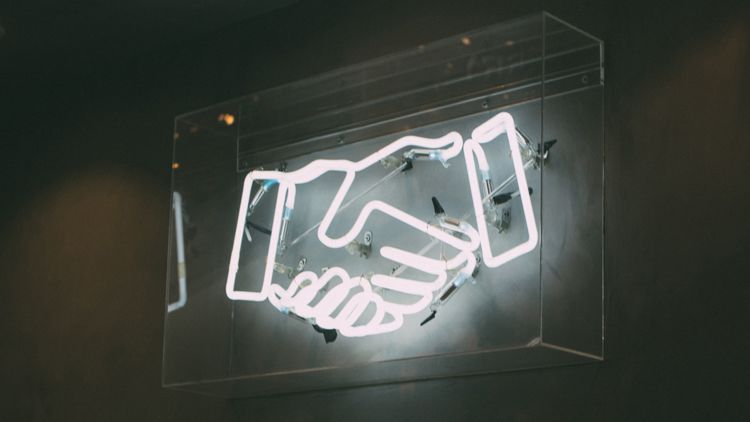 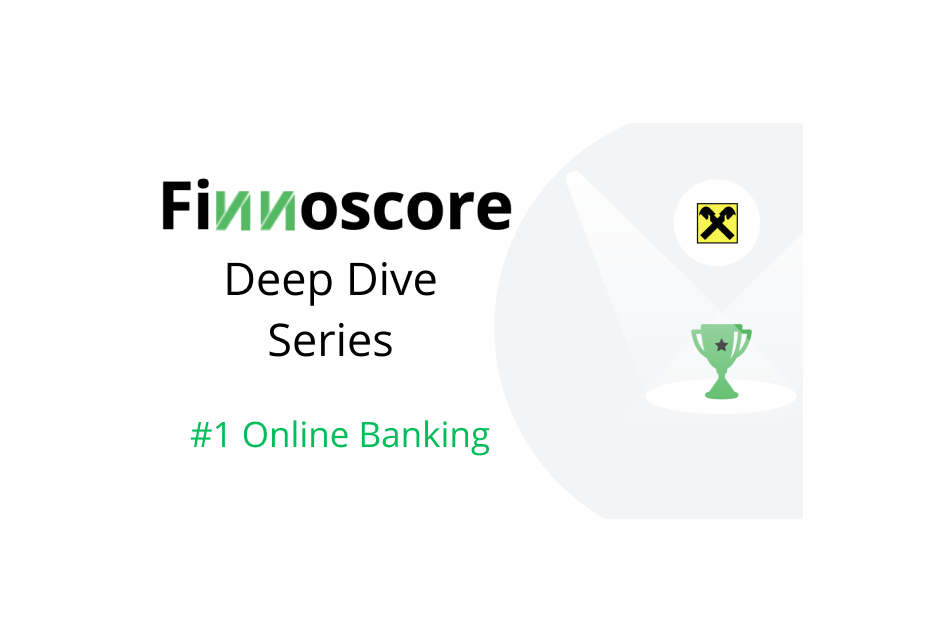 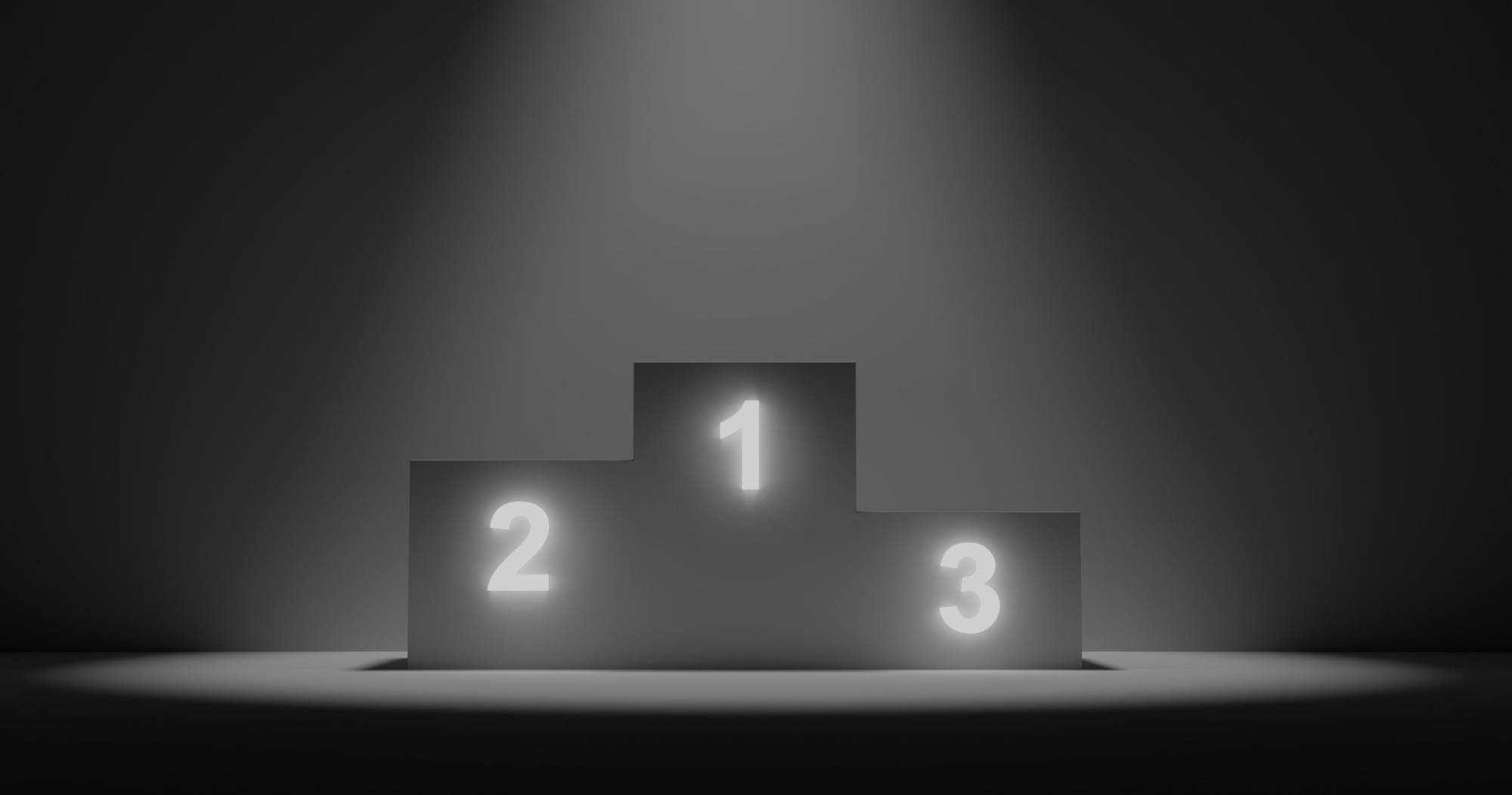 Beware! Neobanks! – What are you doing with the digital competition? 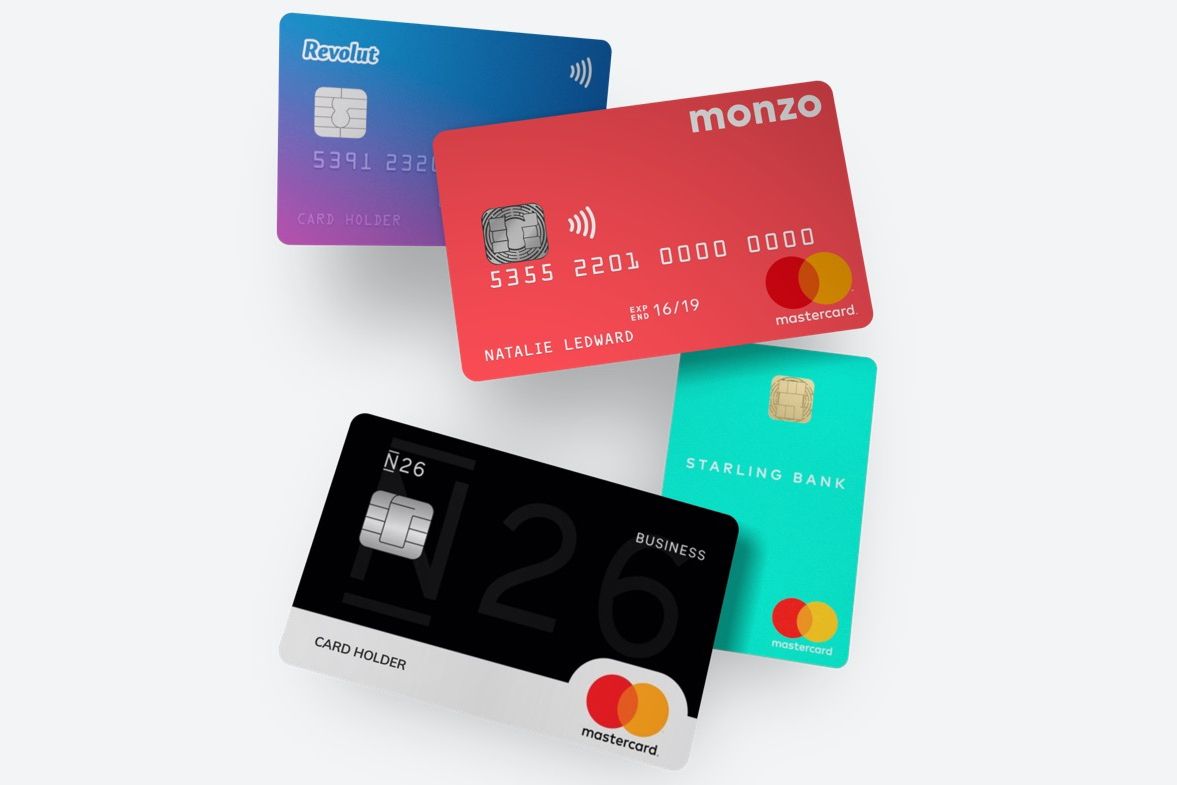 Why do neobanks grow so fast? And why do your customers like them so much?
02 Oct 2020 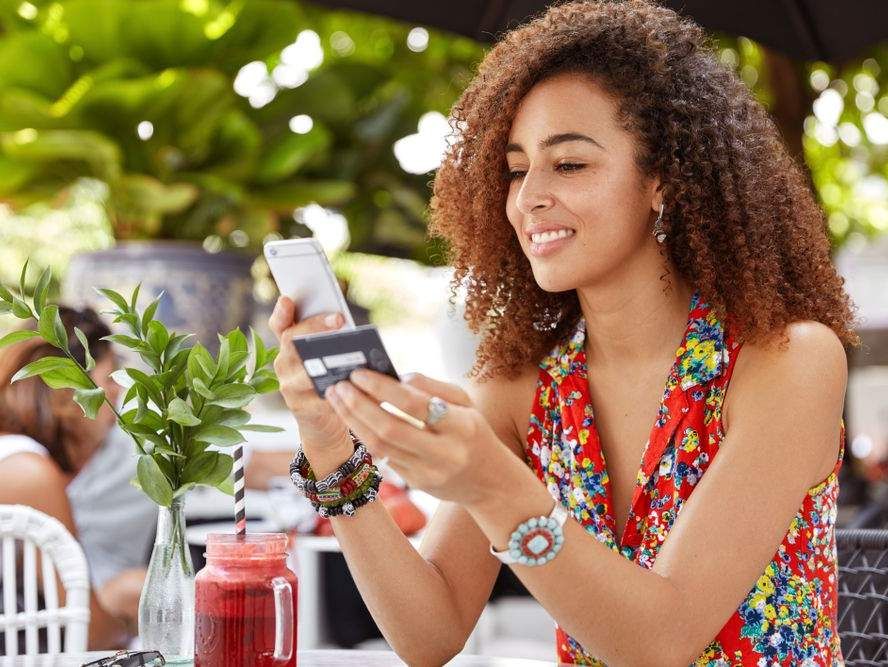 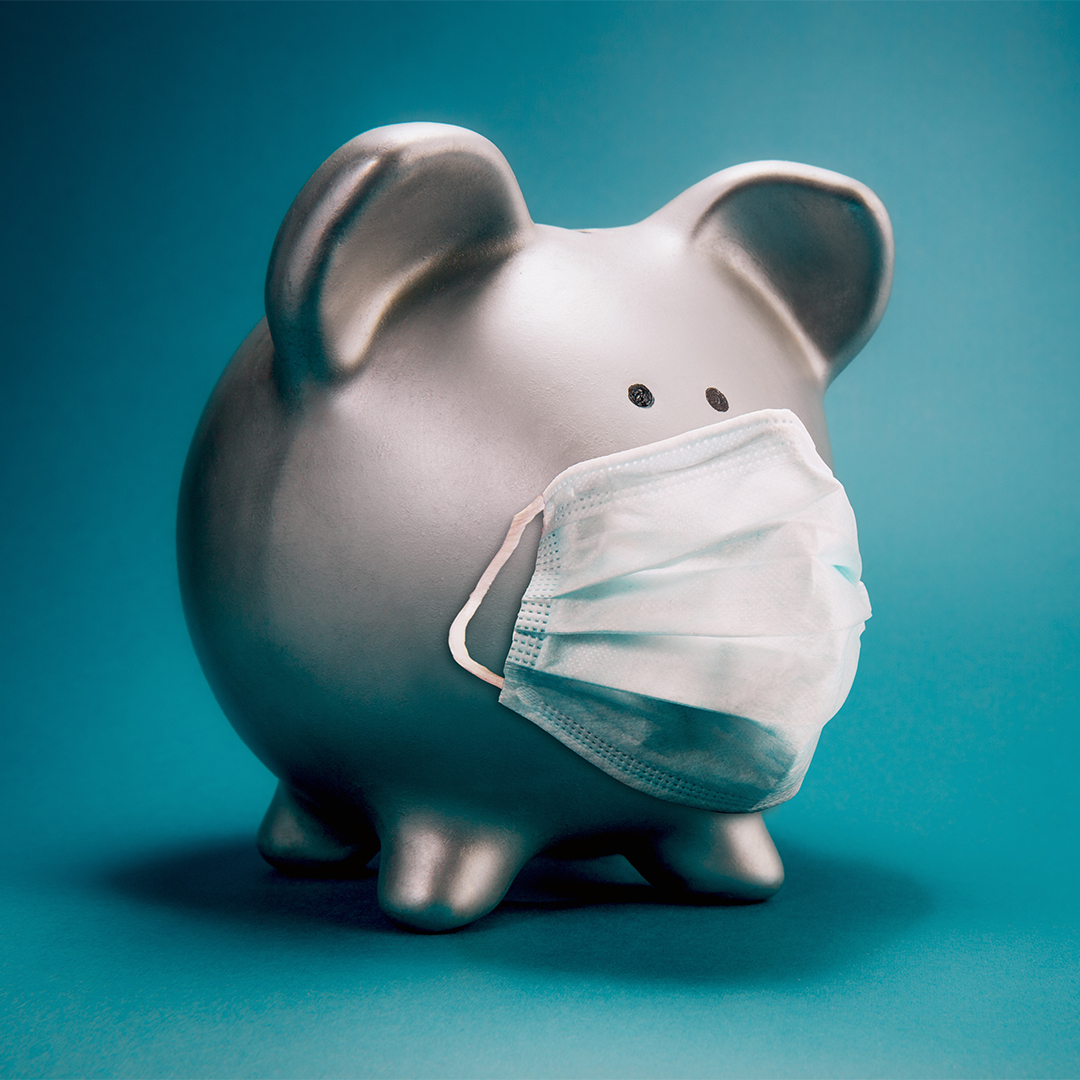 A Loan in 60 Seconds 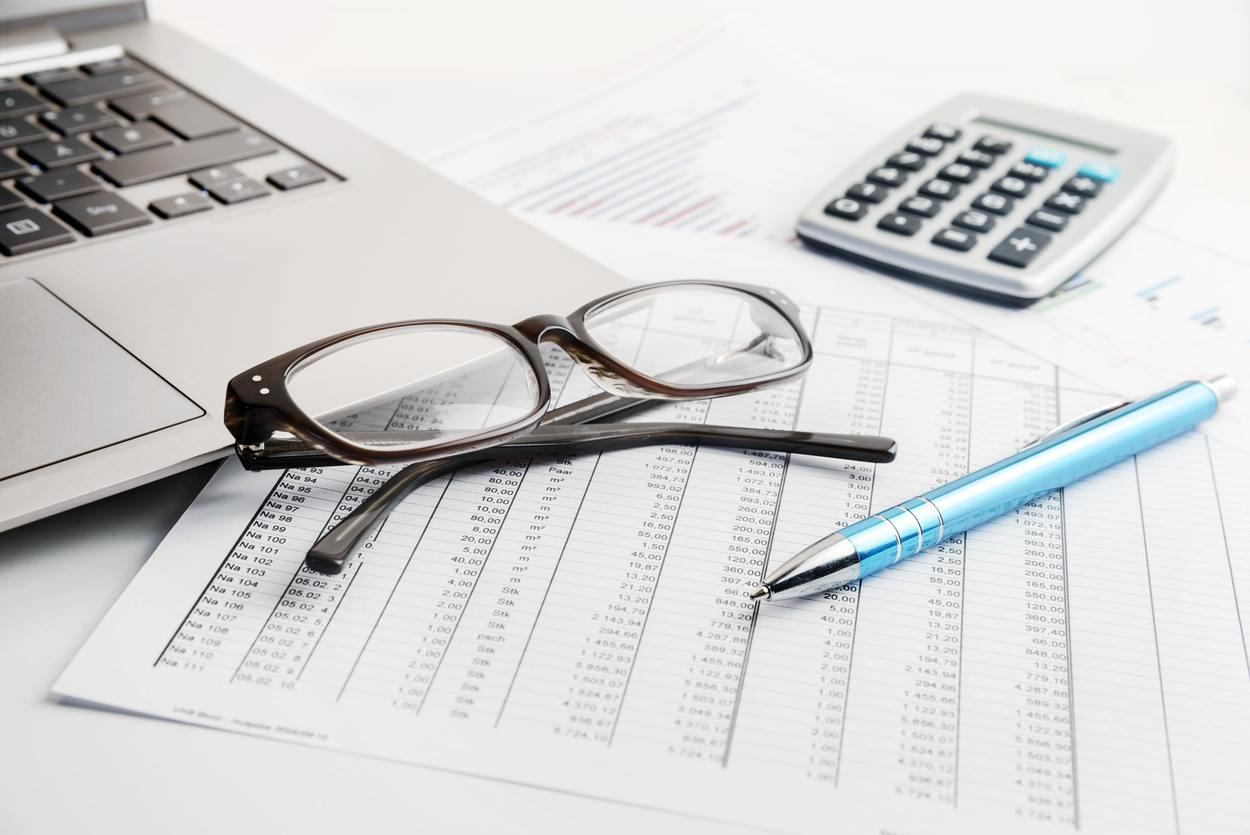 Getting a consumer loan online as a private customer - that's possible. But how does it look for SMEs?
15 Apr 2020 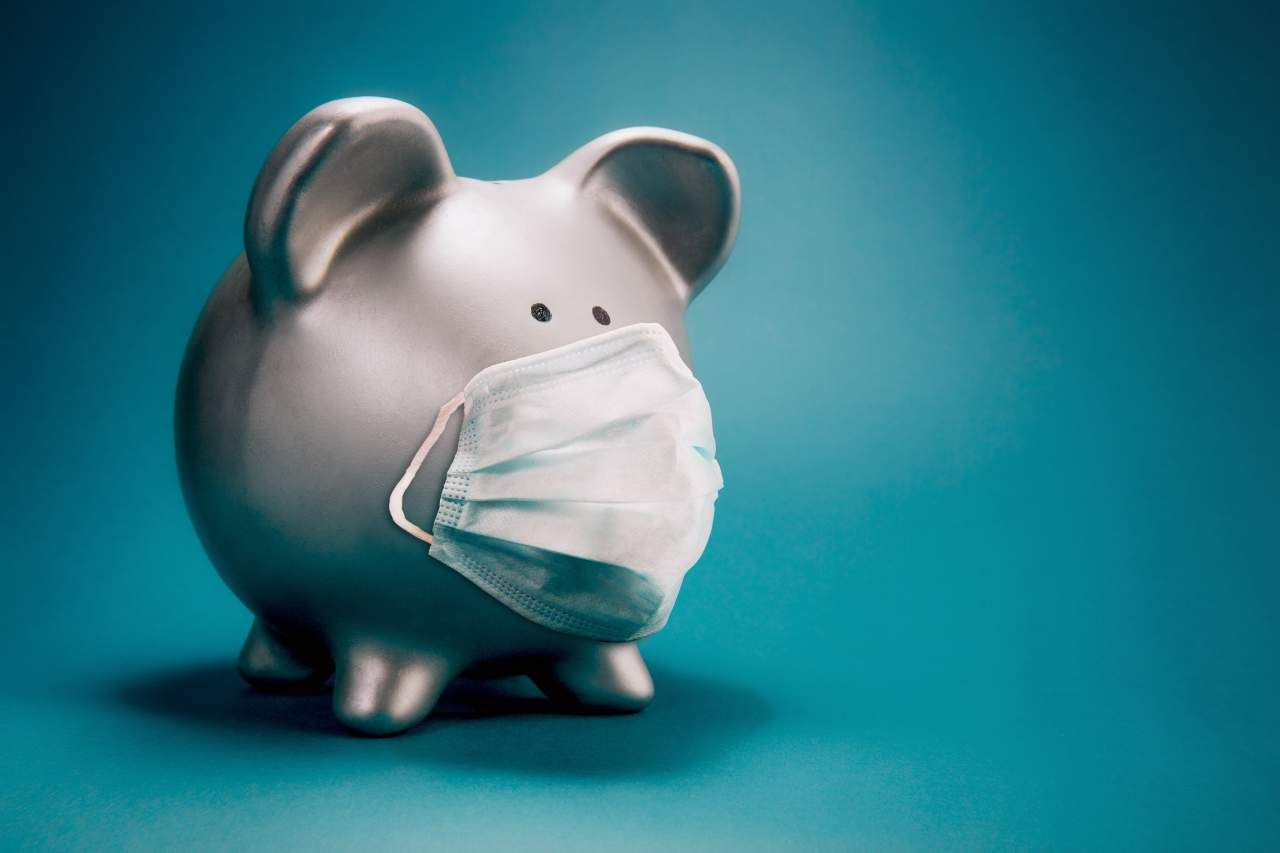 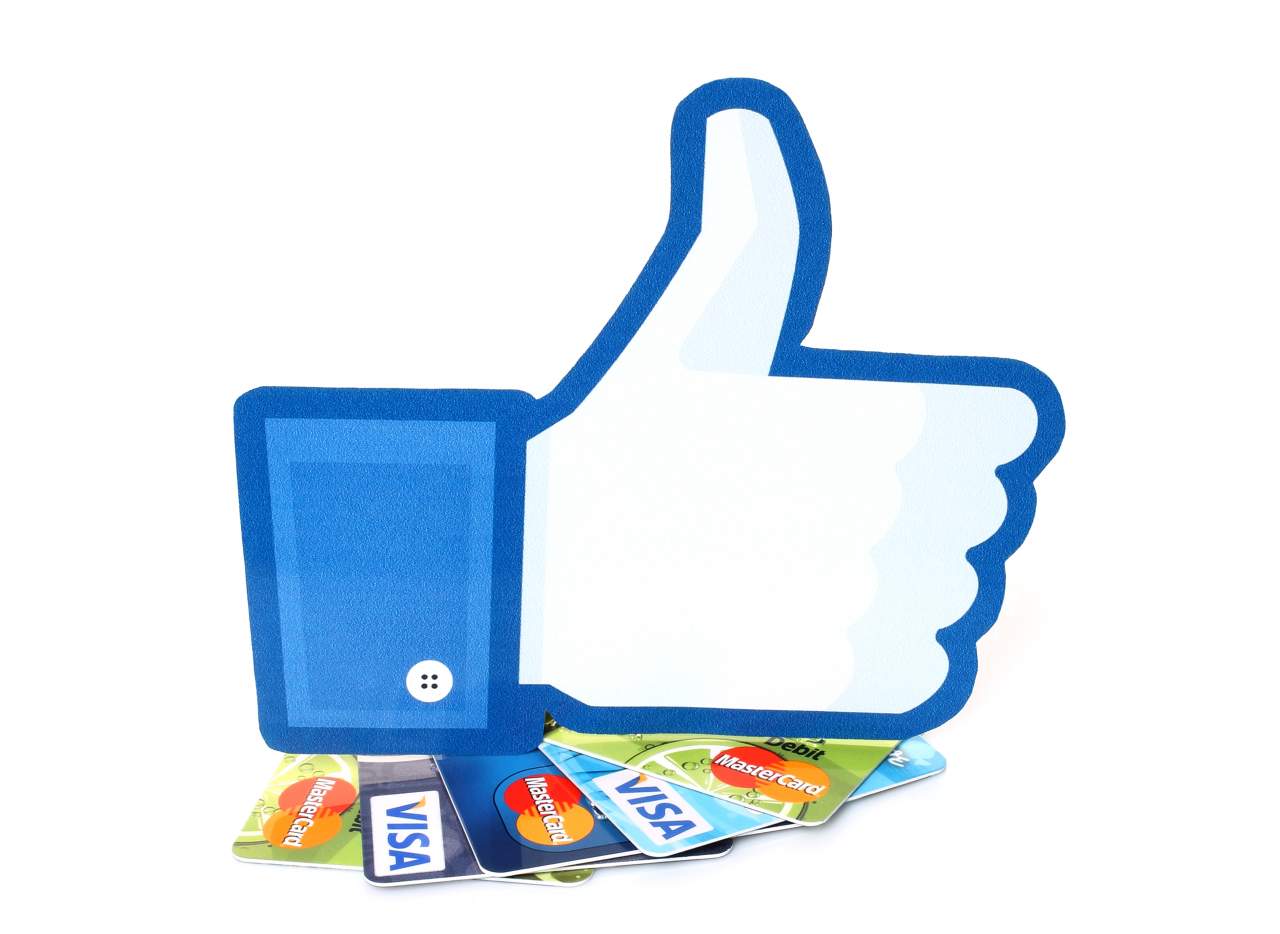 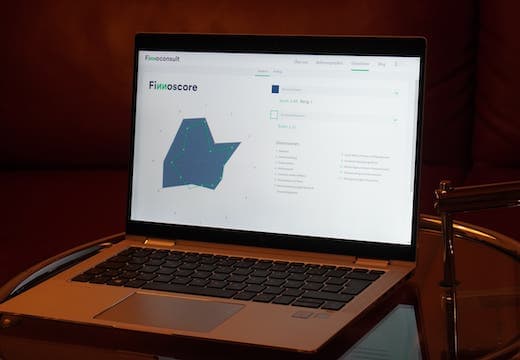